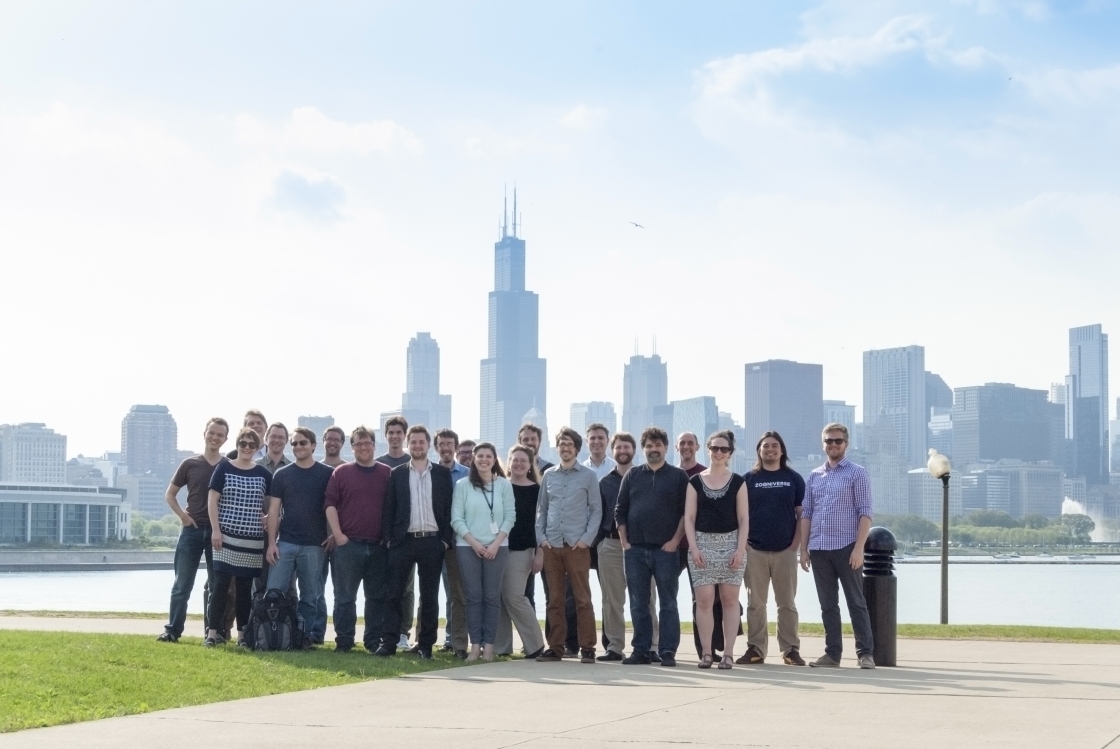 Yesterday marked 5 years since I joined the Zooniverse team in Oxford, straight out of my PhD at Cardiff. It’s weird to say it but this week will be my final week here before I start a new role at Google, in London.

When I arrived at Zooniverse there were only two people here: Arfon Smith and Chris Lintott. Though there has always been a cloud of other researchers around the Zooniverse – they were the only only full time Zooniverse team. That changed a lot in the next 5 years!

I’ve never been one to fit in other peoples’ boxes, so Zooniverse suited me from the start. Unconventional, yet accessible; research, but not as we knew it. The Zooniverse has been a fantastic place to work. Indeed it still is. I’ve had the pleasure of building unique projects that have benefited astronomy and science. I’ve worked with remarkable researchers, developers, educators, and herders. It has been a lot of fun and I’ve been able to be part of its growth and evolution.

Over the years I have read many blogs and articles, usually written by someone leaving research, about how academia has a brain drain problem, or lacks a family-friendly environment, or can’t compete with industry. I have sometimes agreed, though usually quietly. Most of these pieces are dismissed by those left in academia, even if they are shared widely by them at the same time. I won’t be writing such a post Do I think academia is perfect? No. But no job suits everyone. Do I think that academia could do more for minorities, women, and families? Yes. But all jobs probably could. Being a postdoc has afforded me great flexibility with my time, and also given me the chance to travel and engage in awesome new ideas. It hasn’t given me stability though, and since I don’t want to be a professor, I’m not sure where it takes me as a career. I’d recommend it to everyone and noone at the same time. I’ve had a great time, but now it’s time to go. I’m terrified of course, but sometimes you have the make a giant leap when the opportunity presents itself.

It will be so sad to leave the Zooniverse, but I’m incredibly excited about Google. I’ll probably go quiet here for a while as I start my new job. I’m not gone though – just throwing myself into the new role, and meeting an exciting challenge head on. See you on the other side.